Piggy banks- we all grew up with them and they were an instrumental piece to inculcate a saving culture. It’s an interesting analogy for pigs to be associated with money given that in many Indian households, pig farming as a profession is looked down upon given the stereotypes that pigs are dirty and filthy.

But one 36 year old farmer, Mr. Amar Singh, has taken the unconventional path and is currently rearing pigs against the societal expectations. Last Friday, I paid a visit  to his piggery farm and his inspiring journey to successful pig farming was deeply ingrained in my mind that I couldn’t resist sharing. Here is Amar’s success story that I hope will motivate more youth to consider pig farming.

Amar hails from Bilaspur in district Rampur of North Indian state -Uttar Pradesh and grew up thinking he was going to do farming differently from what his forefathers did.  At the age of 25, he dared his father that he wished to do piggery, knowing too well that pigs were and are still not welcome in many Indian households. His driving factor? Doing something that could make a difference to his household income. Despite the social stigma and likelihood of risk in this new venture, his father yielded reluctantly to his persistence and allowed him to rear pigs. But, his friends and relatives were unrelenting and warned him that pigs were not only dirty, but also it was a waste of money investing in pigs. The venture was not a cake walk but luckily, he got support from one of his family members who not only gave him initial lessons on pig farming, but also told taught him the most important lesson to date- ignore negative voices, if you want to move forward in  life.

Amar learnt it early that pigs are highly prolific and efficient feed converters. A sow can be bred as early as 8-9 months of age and can farrow twice in a year, producing 6-12 piglets in each farrowing. He was advised that pig farming requires small investment on buildings and equipment but will give quick returns. The marketable weight of pigs can be achieved in 6 to 8 months but still, piggery is not considered as a decent vocation by many Indians. Thankfully, this is now changing for good.

Over the years, the traditional practice of rice-wheat-sugarcane cultivation in this Upper Gangetic Plain region of North India has been deemed unprofitable. In a bid to demonstrate and convince his family, neighbours and relatives that piggery is a viable alternative venture to traditional farming, Amar visited the successful pig farmers in neighbouring states, consulted with experts at research institutes, surveyed the market, read literature on pigs and browsed internet to turn his idea into profit making reality. He even went further as self funding himself on tours of several European countries, which exposed him to good pig farming practices as far as feeding, breeding, cleanliness, disease management and vaccinations is concerned.

In addition, he attended a training programme on pig farming at ICAR- Indian Veterinary Research Institute, Izatnagar which proved motivational and equipped him with basic skills in pig husbandry. To date, he still maintains regular contacts with this institute and it’s Krishi Vigyan Kendra (Farm Science Centre) for technical advice. 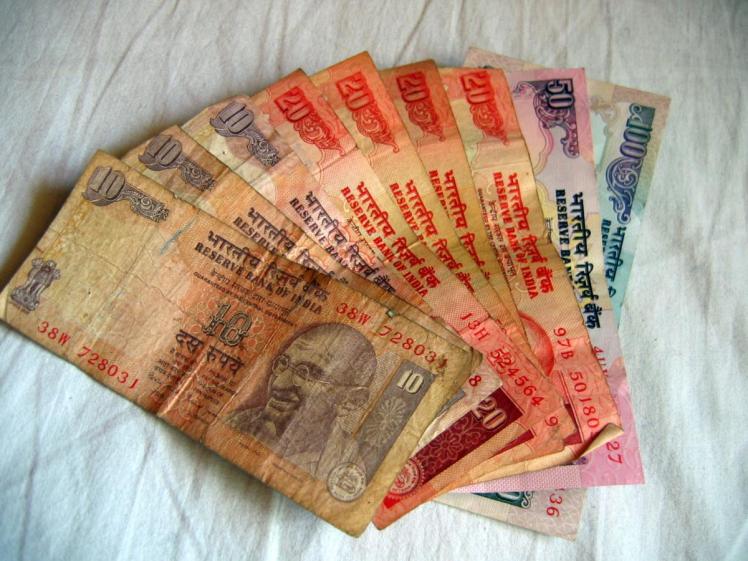 Amar started his piggery venture with 6 pregnant sows, 6 piglets along with 2 boars plus a small housing facility costing him about US$4000 around 2004-2005.

“Feeding and cleanliness alongside breeding practices play an important role in making piggery a profitable business” says Mr. Amar to all those who visit his farm.

He had tried his hand in dairying too but soon gave it up to concentrate on piggery, given that piggery is more profitable for him than dairying. Currently, he is expanding his piggery business by adding pig units every year.

The cleanliness level at this farm which houses around 300 pigs is impeccable. This explains the negligible piglet mortality in his farm otherwise common in many pig farms. He formulates his own pig ration (corn, soybean, rice polish, wheat bran, salt & minerals), thus, saving on feed cost- an important contributor to his profits from piggery. Instead of selling adult or mature pigs in the market, he prefers to sell 2 month old piglets @US$42/piglets of prolific breeds like Landrace to other farmers. On average, he earns around US$1500/month from his pig farm which is a decent earning by Indian standards.

Decorated with a dozen awards from several organizations, including Indian Council of Agricultural Research (ICAR) and its institutes like Indian Veterinary Research Institute for his innovative farming practices and entrepreneurship, his family and friends now look at him with pride. The ICAR-Indian Agriculture Research Institute (IARI) too has awarded and profiled him in 2015, as one of the Champion farmers of India. Indeed, it’s true that if you are poor, people don’t care about you but when you are successful in making money, people look towards you- with respect or envy.

His message to the youth – never listen to those who discourage you trying a new idea, to bring a difference in your life. Pig is a lovely animal worth rearing for profit and prosperity; it’s not a dirty animal for sure as they can give a decent income, if one knows how to raise them well.

Mr Amar Singh is grateful to pigs and all those who helped him in moulding the man he is today- a rich and famous young man in his thirties. He is also an internet and tech savvy agripreneur who keep himself updated on pig farming. Watch this YouTube upload of his own pig farm:

Find also on the links below some additional motivational success stories on how to raise pigs profitably.

The views expressed are personal, and cannot be attributed to ICAR or GFAR.

4 thoughts on “The Pigs, The Rich, The famous”