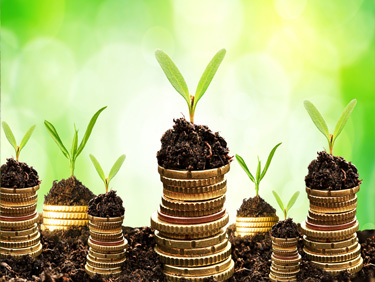 This was Dr Ojukwu’s message to participants attending the 7th Africa Agriculture Science Week in Kigali Rwanda. Through advocacy efforts and investment, Africa seeks innovative solutions to agricultural policy challenges, working to foster the political will and public support to solve these challenges. To achieve the goal of sustainable agricultural productivity, its strategy relies on strong partnerships with donor countries, multilateral institutions, private foundations, and other organizations. While strengthening existing partnerships, countries from Africa must build new partnerships with other countries from all over the world.

AfDB has made steady progress in helping its regional member countries to grow their economies by investing in the agriculture sector. Dr Ojukwu says that during 1968-2014, the bank approved many operations committing approximately USD$14.78 billion to support agriculture and rural development. About 1.5 million African people had access to improved technology and many production and marketing facilities were constructed. In terms of natural resource management, more than 0.8 million hectares of land were improved, benefiting about 19 million people.

According to Dr Rufaro Madakadze (in charge of capacity building for the Alliance for a Green Revolution in Africa, AGRA), with transformation, agriculture can be the much-needed game changer in the continent’s economy. Currently the rate of total unemployment is higher than GDP, and about half of Africa’s people are under the poverty line. Commodity instability is being caused by different barriers including an under-performing value chain, insufficient infrastructure, and limited agricultural-finance. AGRA is focusing on capacity building through providing training and extension services to farmers, seeds companies and post graduate students.

AGRA is working to transform agriculture by risk sharing, providing agri-inputs to the farmer, and facilitating the building of warehouses, insurance, finance for infrastructure. These are significant investments worth many hundreds of million dollars.

AGRA will continue collaborating with different partners to accelerate transformation. He says that there are still many opportunities for Africa, including exploring how to increase productivity. Agricultural transformation will increase the standard living of African people, the country’s economic development and economic growth.

Investing in agriculture, science, innovation and technology are all effective ways to improve productivity, reduce hunger and poverty, particularly in rural areas. Dr Madakadze said that many countries that have consistently invested in agriculture had made progress in meeting the 2015 Millennium Development Goal of reducing by half the proportion of hungry people.

In closing, Dr Madakadze announced that AGRA would provide USD$50 million for capacity building, working in partnership with governments and private sector, with national and international organizations and with financial institutions to increase the volume and effectiveness of investments in agriculture and rural development.

One thought on “More investment could make agriculture the “game-changer””