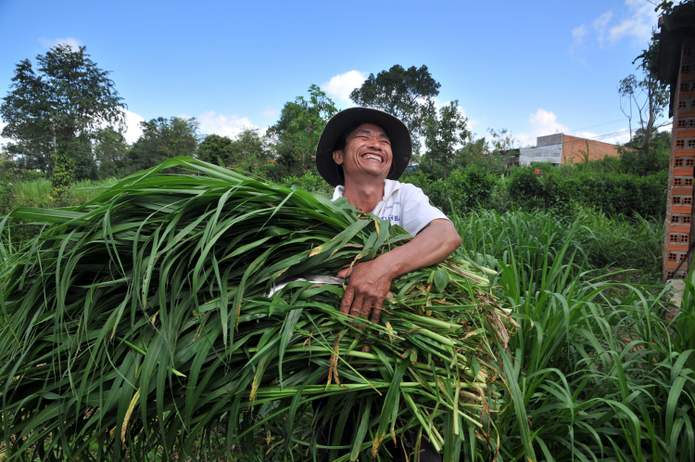 That was a trademark comment from Chef Ron Ben Israel during his Sweet Genius show that aired on the Food Network several years ago. It was a cooking competition that specialized in dessert. The winner was a “sweet genius” for their creativity in producing amazing desserts with unusual ingredients. In a world facing a myriad of agricultural challenges, Vietnam is emerging as something of a miracle due to some agricultural “magic”.

Chris Jackson, from the World Bank, outlined the elements of Vietnam’s ‘agricultural miracle’ in his presentation at the High Level Policy Dialogue in Bangkok this week. In the last 20 years Vietnam has increased its agricultural GDP significantly. It grew on average 4.2% over 1990-1999 and 3.7% per annum over 2000-2012. Increasing productivity has been a major factor, particularly in rice, due to expansion of irrigation and increased cropping intensity.

Population growth, an aging agricultural work force, climate change and natural disasters, all pose major challenges for agriculture in the Asia-Pacific region. But with a little “magic” – including increased private investment in research and development, and the development of new rice varieties –   productivity has increased substantially so that 45 million mt of rice is produced each year. Rice exports are now worth US$3.5 billion annually.

This has had a major impact on poverty both in Red River Delta and Mekong Delta – both lowland rice areas. The mountainous region focuses on diverse livelihoods beyond rice.

Although the agricultural productivity has increased – the yield in Vietnam is among the highest in the region – there is a concern over unsustainable agricultural practices. Soil degradation, water and air pollution, water scarcity and salination, and greenhouse gases have increased in the Mekong River Delta (MRD) region, according to the World Bank research.

So, while it seems that Vietnam has hit upon a “magic” recipe for growth, we need to ensure it is environmentally sustainable and that we continue to invest in research and development.

This post is part of the live coverage during the #GCARD3 Regional Consultation for Asia and Pacific region. This post is written by one of our social reporters, and represents the author’s views only.