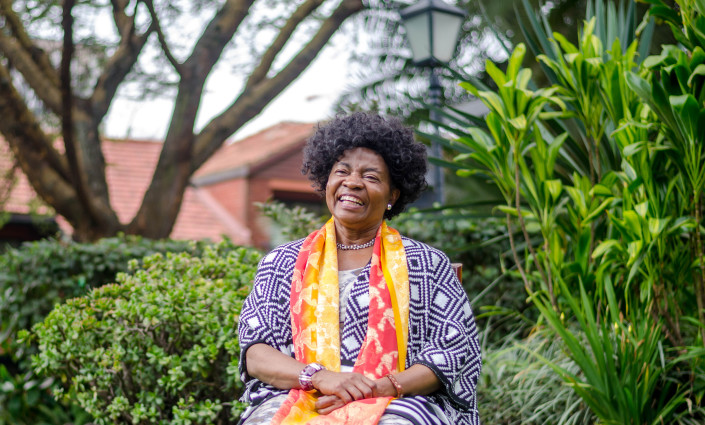 Winner of the 2017 Africa Food Prize and founder of the African Journal of Food, Agriculture, Nutrition and Development, Professor Ruth Oniang’o explains the vital steps towards achieving a hunger-free Africa.

What is the potential for neglected and underutilised species to improve diets and address Africa’s hunger crisis?

The potential that these crops have to tackle Africa’s hunger problem and promote nutrition is huge. During the colonial era, the colonisers were only interested in cash crops that could be exported, for example, coffee, pineapples, sisal and tea. They weren’t interested in growing food that could feed Africans – the so-called hunger crops like cassava, millet and sorghum. It has, however, been encouraging to see an independent Africa concentrating research into how these neglected crops can sustain livelihoods across the continent. Indeed, researchers have pointed to the role that these foods have played in fighting various diseases.

It is quite encouraging to see institutions, like the Kenya Agricultural & Livestock Research Organization, invest resources into dedicated research on underutilised crops. No country can move forward without appreciating the role of research. This is the direction we should take if we are to achieve a hunger-free Africa. The beauty of these so-called hunger crops is that they are disease resistant and can withstand tougher growing conditions compared to modern crops. We need research to improve the yields and make them even more disease resistant.

How can policymakers do more to promote the adoption of nutrition-sensitive agriculture in Africa?

When I received the Africa Food Prize award for my work in nutrition, I was really proud and excited about the fact that nutrition was starting to get the recognition it deserves. I am also very happy when I interact with people in government, in academia, in the private sector and even with development partners, and I see how nutrition has become more of a major focus. In countries like Kenya, we are very good at drafting policies on nutrition; it is the implementation of these policies which we need to put more of an emphasis on. We need these policies to become law in all countries because they have the potential to transform this continent.

Why is it so important that programmes to improve food and nutrition security are gender sensitive?

Everyone has to participate in nutrition security if we are to see any progress towards ending hunger. In many African cultures, roles are clearly defined based on gender, but due to education, urbanisation and exposure to other cultures, this is beginning to change. To me, gender sensitivity is all about maintaining harmony and mutual respect. It is also important that programmes focus on young people by trying to make them appreciate gender sensitivity in food production, because they are the farmers of the future.

Do you have any inspiring examples of how young people can make a difference?

When I became head of department for Home Economics at Kenyatta University, I created a food and nutrition department. I was really inspired to see most of my students championing the cause for better nutrition in Africa. Most of them have gone abroad to offer their services to various organisations. I have always encouraged young people to study nutrition because they live in an era when a number of human diseases are related to nutrition – or a lack of it.

How might modern technologies also have a role to play in stimulating or promoting adoption of nutrition-sensitive agriculture?

Modern technologies play a large and transformative role in global food security and nutrition. They help to create healthy food systems that benefit people and the planet. Today every sector relies heavily upon technology and we must make sure that nutrition-sensitive agriculture is not left behind. Leveraging the potential of technology is even more crucial in this era of climate change. Whilst 80% of Africa’s food supplies come from smallholder farmers, these producers still struggle with access to inputs, finance and even information. Technology can be a game-changer in addressing these problems.

This transcript of an interview by Bob Koigi originally appeared in CTA’s Spore Magazine as part of a dossier on “Nutrition-sensitive agriculture: Growing market demand for underutilised species”.