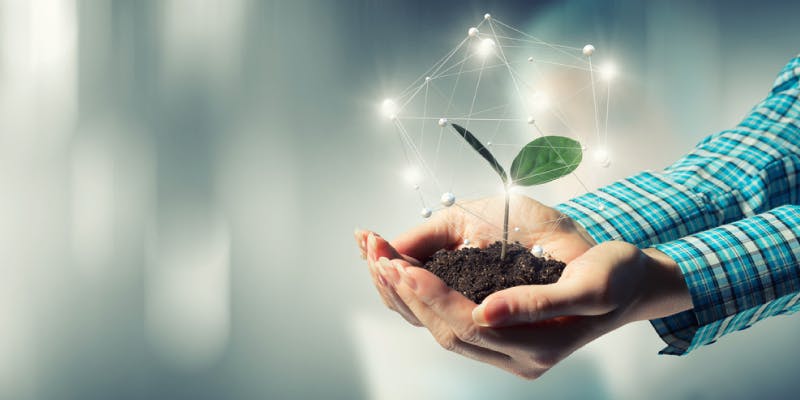 At a recent YES Bank panel and digital startup competition, it was evident that India’s digital boom was lending the Indian startup ecosystem a distinctly agri-flavour.

The convergence of mobile networks, broadband internet, cloud platforms, IoT, AI and open data is helping transform one of the world’s oldest professions. This is of great significance as agriculture and related sectors like dairy production form the backbone of the Indian workforce. Today, tradition is merging with technology as the IT services sector is helping open up new opportunities for both seasoned and emerging entrepreneurs.

New fronts are opening up across the sector from organic farming and hydroponics to drones and agri apps. Startups are also playing a key role in transforming agriculture, which accounts for half of India’s workforce, but only about 13 percent of its GDP.

An interesting trend to watch for is the rise of the number of agri-entrepreneurs, many of whom have no background in agriculture. There is more interest now in this sector compared to even five or ten years ago. Another indicator is the number of agri-tech competitions, awards and investors that are emerging. India’s demographic dividend is also attracting more youth segments to the agricultural sector, with cross-fertilisation across states, economic sectors, and scientific fields.

The challenges seem formidable, but need to be acknowledged and tackled. Thousands of farmers commit suicide each year due to debt problems, as documented by the National Crime Records Bureau (NCRB). This is a sad reality in states such as Maharashtra, Odisha, Gujarat, Uttar Pradesh, Karnataka, Punjab, Madhya Pradesh, Chhattisgarh, and others.

Many issues being tackled by startups relate to productivity and distribution, according to Sahil Kini, Vice President, Aspada Investment. There are large yield gaps in Indian farming as compared to its global counterparts, due to inadequacies in domains ranging from farm inputs and equipment to farming practices and retail connects. Multiple intermediaries, poor refrigeration during transportation, small farm sizes, and lack of fairness in financial stakeholders are other challenges.

Read the full story on YourStory, including a list of agri-tech startups in India, trends, funding sources and tips for agripreneurs.

1 thought on “Tech transformation: how agriculture is being redefined through digital innovation and startups”