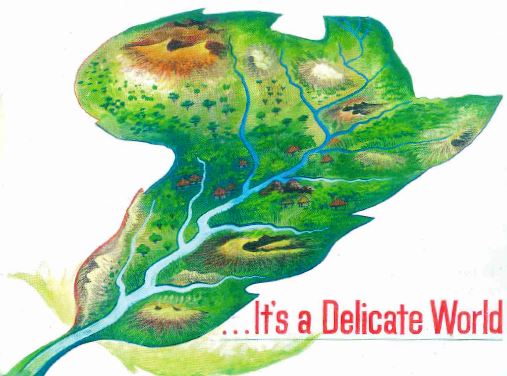 The first global drylands assessment published in Science magazine in May 2017 estimated that 166 million hectares in Africa’s Great Green Wall area alone are in need of restoration. The upshot is that over 10 million hectares per year should be restored by 2030 to meet UN Sustainable Development Goal 15 on land degradation neutrality. This is a daunting task which has been addressed at an FAO event to celebrate the World Day to Combat Desertification and Drought 2018.

Africa will need large scale interventions, which are currently being planned and partly implemented, with monumental needs for financial resources to be mobilized In Burkina Faso, land degradation – accelerated by climate change – poses a serious threat to sustainable development: one third of its national territory is degraded, corresponding to over 9 million hectares of productive land, estimated to expand at an average of 360.000 hectares per year (source: FAO).

Support to context-specific adaptation to climate change will also be crucial, given the magnitude of the challenge. Indeed farmers put in place their own strategies to face this rapidly evolving situation, and these comprise also local innovations in various domains, including soil and water conservation practices.

GFAR is facilitating the emergence of a new form of alliance in Burkina Faso requested by three of its partners in the country: a large investment project financed by IFAD and GEF, Neer Tamba; the largest farmer federation of Burkina Faso, CPF; and the Agrinovia training programme of the University of Ouagadougou. The aim is to set-up a replicable partnership model that demonstrates and learns how a large number of individual, local and grassroots initiatives carried out by small-holder farmers can be identified, strengthened and scaled out, to bear a significant impact on land degradation. The model offers a social and partnership-based innovation approach, to complement the often prevailing technology-driven approaches to restore land and provide mitigation and adaptation solutions.

The specificity of the approach lies in recognizing that farmers are not just victims of climate change but are actively ensuring that their own livelihoods are secured. Hence, the entry points for the intervention are farmers’ own coping strategies, strengthened through a unique collaboration between research, extension and education organizations. Such cross-sectoral actions reinforce small-holders’ knowledge in a variety of local organisational and technical adaptation practices, such as construction of water catchment devices, pest management, selection and conservation of drought-resistant seed varieties, and mixed cropping.