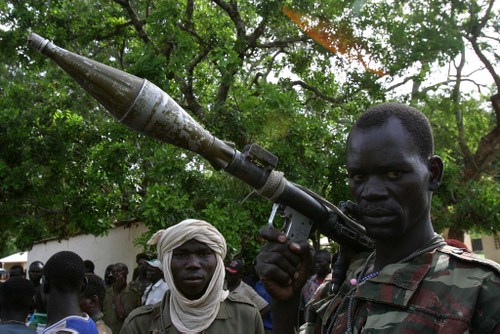 According to Mr. Dominique Burgeon, studies show that 40% of the countries coming out from conflicts, are more likely to experience food insecurity. This again makes them bounce back into conflicts.

These conflicts not only create food insecurity but also create water insecurities and environmental factors, destruction of infrastructure leading to inaccessibility of lands. Therefore less food and access to it. Such crises are all man-made and so their solutions should be man-made, too.

So what then do we do? When do we put down the weapons and start farming?

According to discussions held during the CFS week, in a session on sustaining peace and conflicts prevention perspectives from agriculture, creating social relationships allows for food security and that could be a road to zero hunger.

This post is part of the live coverage during the 44rd Session of the Committee on World Food Security, a joint project between GFAR and CFS. This post is written by one of our social reporters, and represents the author’s views only.