Hectic yet reflective! The pilot GFAR-YPARD Young Agripreneur Project is coming to an end and in these posts, the six young agri-preneurs are pondering on their professional and personal journeys over the past twelve months. In April 2016, they all gathered in Johannesburg, where they thrilled the audiences at GCARD3 with their enthusiasm, drive and energy in describing their YAP projects. Now they are looking back at what the past year has brought them, what challenges they had to deal with, and what the the mentoring, coaching and training that came along with the seed funding through YAP, has meant for them as businesspeople and as individuals. They are also wondering what the future holds for them. It is inspiring to read how motivated they are, and how a small project has made a major difference in the lives not only of these selected agri-preneurs but in the communities where they live and work.

Can you believe it’s been a year? A year since this wonderful, unforgettable, frustrating, and amazing journey began. A year since I met all the fantastic people who have been sources of strength and inspiration throughout this entire journey?
A lot can happen in a year, and in my case, it’s been a rollercoaster of a ride.
Like all great rides, it started with anticipation and promise.

Let me Take You Back to Where It Began 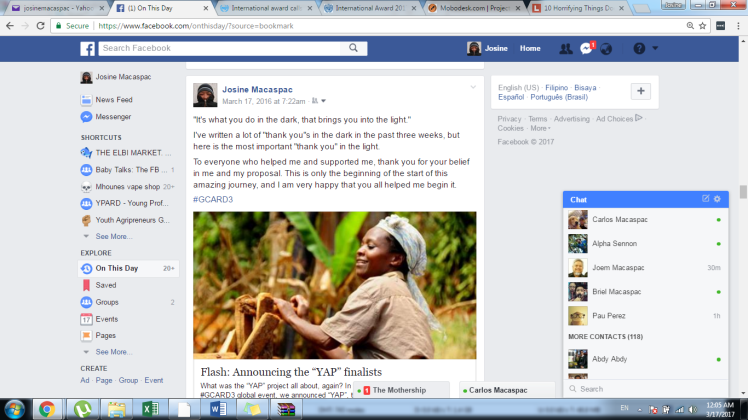 I was seriously sleep-deprived the morning I received the news that I was one of the finalists in the GFAR-YPARD Young Agripreneurs Project, or YAP. To be perfectly honest, I was pretty convinced that I was hallucinating. Part of me couldn’t believe that out of hundreds of applications, mine was one of the lucky few, and that I would be given not only seed funding but also training and personal coaching and mentoring by GFAR and YPARD.

The other part of me just broke down in tears. Tears of joy. Tears of disbelief. And tears of relief that I could finally get a full night’s sleep without waking up at some god-forsaken hour to check and moderate comments on my YAP blog article.

That was the start of this crazy year.

Through the joint GFAR-YPARD training programme, in which GFAR and YPARD staff shared generously of their expertise and knowledge, I’ve learned how to make a business plan, how to pitch to prospective investors, and how to approach the right people to get a project off the ground.

Moreover, as an agriculturist and entomologist, I’ve learned so much about how relevant my skills as a “bug dude” are to modern agriculture, and how this can inspire people around me. I’m pretty sure it’s the way that my eyes light up when I talk about bugs, and the fact that I can go on talking about bugs for hours, that makes people listen to a topic that they normally shy away from. Bugs aren’t everyone’s cup of tea, but for some reason it becomes interesting when someone who genuinely enjoys the topic is doing the talking.

Passion and enthusiasm are pretty infectious.

I feel that my experience with YAP has made an even more significant contribution to my growth as a person, because through continuous coaching and mentoring with  the YPARD and GFAR professionals, I learned so many valuable things that I would never have picked up in  a classroom setting. Like how to be patient when things aren’t going the way I want them to, or as fast as I want them to. Like how to find creative solutions when things don’t go according to plan, but you need to reach a goal nonetheless. Like how to be thankful for every victory, no matter how small.

Things that people don’t often think about when they think of the words “successful entrepreneur”, but that, in my opinion, are incredibly important because they affect you on a deeper level.  In my case, they made me more than just a “bug dude who had a great idea for a machine.”

Even if it is an awesome machine. More on that, later.

Apart from the ongoing support, when I look back at the past year, there are three major moments that stand out in my mind as especially significant because they contributed so much to my growth, both professional and personal. I’d like to say a few words about each of them:

GCARD 3 and the Fabulous Five (Plus One)

Of course, the GCARD3 experience was the kick-off, the blastoff, the heralding event. It was the first time I had ever stepped out of my Philippine comfort zone and was dropped into this whirlwind of professionals and professions from all around the world.

It helped that I had three things going for me at that time.

Thank you to all of you.

Everyone knows who he is. 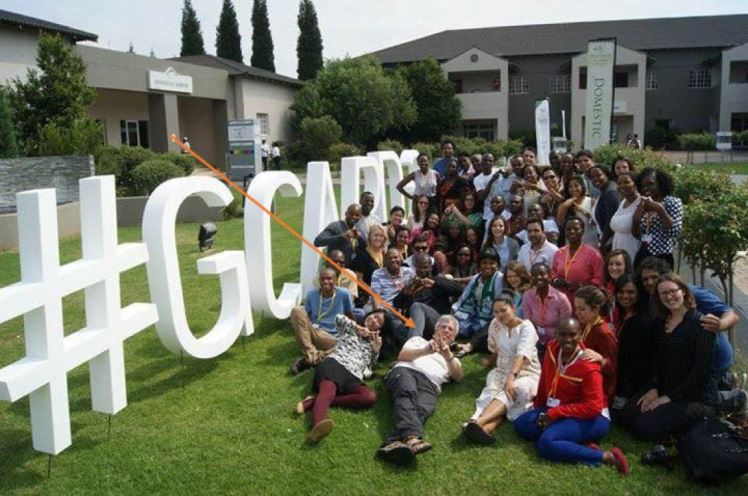 IFAD AgTalks and Wandering Around the Eternal City 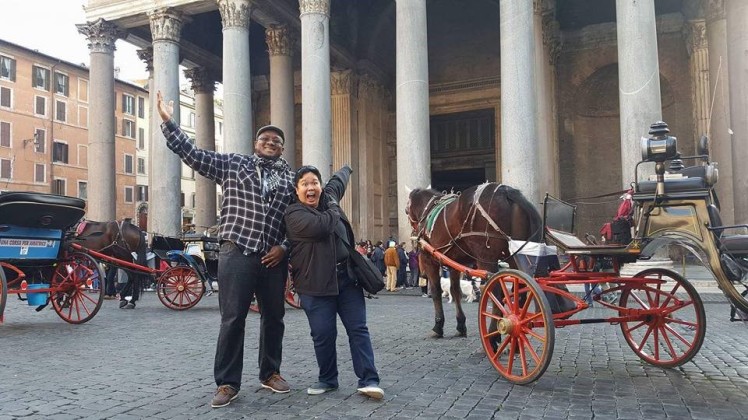 The second major moment came last November.  I was blessed to be invited by the International Fund for Agricultural Development as one of the speakers for their AgTalks. In their session, ‘Wassup in Agriculture’, they invited young agriculturists from around the world to speak about their experiences, and I was one of the lucky ones to be invited.

I’ve talked about my AgTalks experience in an previous blog, so this time, let me focus on the other memorable part of this experience: exploring Rome with my new friend, Alpha Sennon.

Alpha was one of the other speakers invited by IFAD, and meeting him was such an inspiration to me. His project, WhyFarm, is an initiative that encourages and teaches youth to take up agriculture. I believe that what he is doing is so important, because while people like the YAPers and myself are the ones leading the charge for youth in agriculture, it is Alpha who is laying the groundwork for those who will follow in the future. He is teaching others that agriculture is indeed a viable and powerful career option. There should be more initiatives like his, all around the world.

Hey Alpha, when you read this, more power to you buddy, and I look forward to seeing you in Trinidad & Tobago soon! We need to talk about bringing AgriMan to more countries!

The Time I Swore in Front of my Alma Mater Chancellor 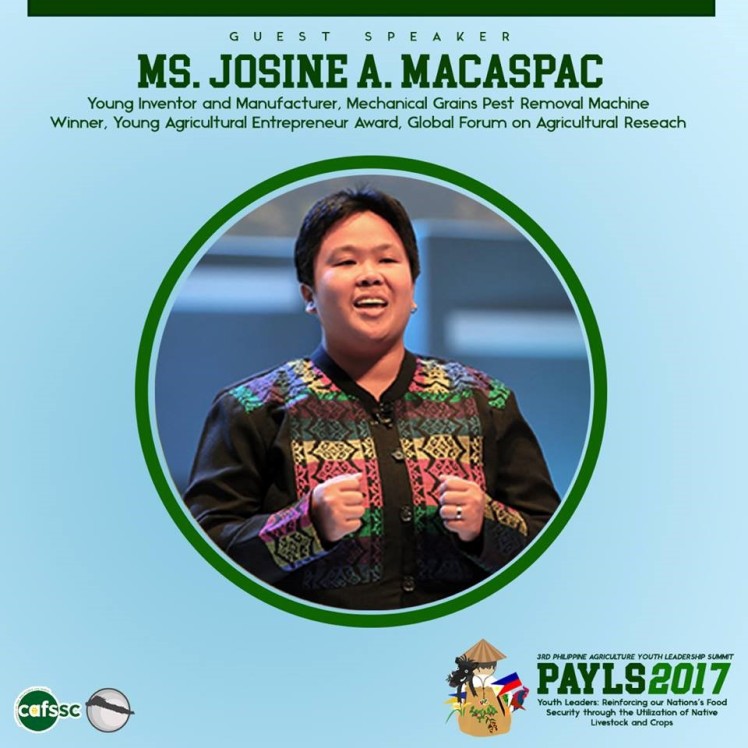 I guess it’s fitting that I would end my journey with an important event back here in the Philippines, since this is also where it started. My third major moment, therefore, came in April this year, when I was invited by my alma mater to give a talk during the Philippine Agriculture Young Leaders Summit (PAYLS) about how youth can make a difference in agriculture.

I chose to talk about what I learned during my journey about what a young person needs to make their mark in agriculture.

I talked about how one needs to know their field, and how knowing a field in detail allows you to identify the niches that can be further explored. I talked about how you need to have passion for your work, because if you do, you can’t fake, no matter how hard you try.

And I talked about how youth needs guts and a spine to be able to make their mark, and to KEEP making their mark. This is where I swore in front of my alma mater chancellor. I said:

“Sometimes, guys, you’ll feel like everything is going wrong. Your project isn’t going the way you want it to. People aren’t paying attention to the work you’re doing, or worse, they’re going to tell you that you’re going to fail. During those times, you just have to say, well, ‘F**K IT’, and keep going.”

There was a stunned silence that seemed to go on forever, and I couldn’t look my chancellor in the eye after that little speech.

But, let me tell you, I got the biggest applause out of all the speakers that day.

This blog post wouldn’t be complete without some final words about the machine that has been my YAP project. I’ve talked a lot about the MPReS in my previous blog posts. All the ups, the downs, and the times in between. I’ve talked about the triumphs, the setbacks, the dashed hopes, and the cautious little plans coming to life amidst the ruins of those hopes.

What is the future for this machine, apart from world domination?

There are exciting things on the horizon, like getting the machine certified with government and private units, getting it nationally and internationally patented, and getting it mass produced so that it can finally start removing bugs from food, like it’s supposed to. It’s all coming together, like the pieces of a jigsaw puzzle that took me forever to complete.

However, I feel that this machine is more than just a meal ticket for me. It is a symbol of what hard work, perseverance, and a little bit of luck can do. It’s proof that the youth CAN make an impact in agriculture, if they genuinely believe in an idea that can change the game.

Look at me… I’m pretty much the anti-thesis of what most people believe a scientist should be, but here I am. In loud and living colour.

So, for my last YAP blog, meet my baby: the Mechanical Pest Removal System, or the MPReS: 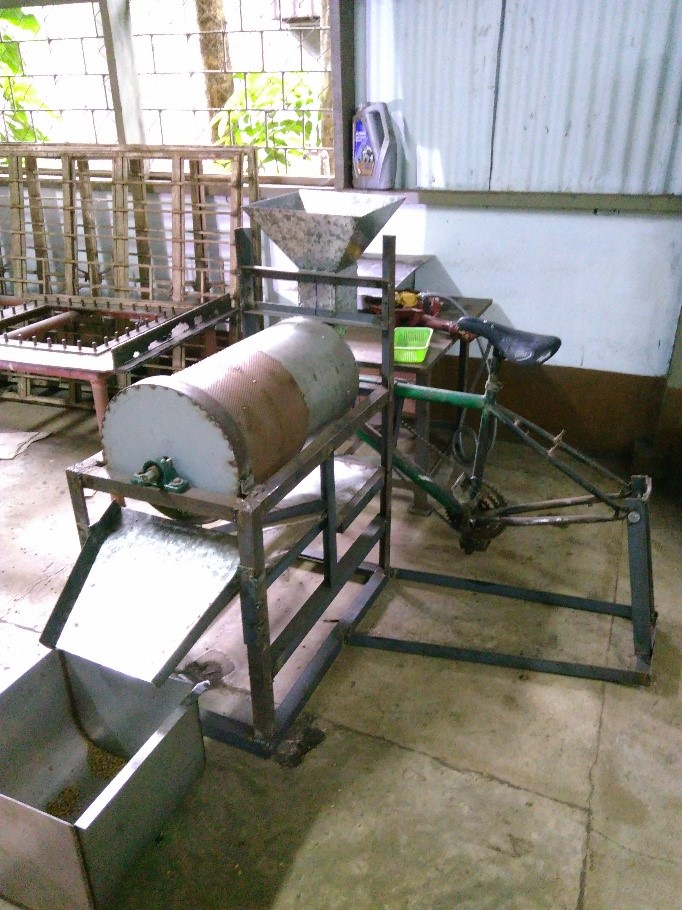 And Now Here We Are

After a year that felt like a mad dash to the finish line, combined with countless nights worrying about what step to take next, here we are. I have a working prototype, a rough business plan, and interested investors who are waiting for my next email.

I’ve shared my triumphs, failures, worries, and hopes with all of you during these blog posts, and I hope that, in some way, I’ve sparked a little bit of inspiration inside of you as you read about my journey. If nothing else, I hope I made you smile and laugh with all my adventures, and the idea of me running around this year, trying to keep up with all the madness.

Because real change can begin with nothing more than an idea.

With that, I leave you with these final thoughts: #BugsAreCool #AgriCOOLture

And that’s me, The Goofy Bug Guy from the Philippines, signing out.

One thought on “Farewell to the Goofy Bug Guy”