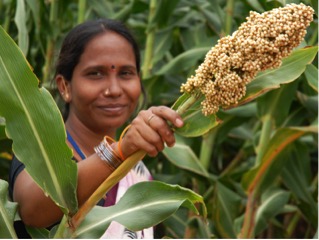 Every talent finds a place.”

After finishing a bachelor degree in international economics, I turned down a promising job offer and decided to take a year off. When I told my parents I would go to Germany to study agriculture, they replied with utmost silence. Everyone else, including my close friends, almost died of laughter

My decision was extremely abnormal, if not stupid, to them. In their mind, agriculture is dirty and exhausting. Farmers could hardly make ends meet despite their hard work. But I didn’t regret it. In fact, I should have made this decision much earlier.

I was born in a small village of a prosperous harbour city named Haiphong. My ancestors had been farmers for generations before the storm of communism swept through Vietnam. Life back then didn’t change much except for one vital piece of progress: economic development. Nonetheless, in terms of social status, farmers remained at the bottom of the ladder.

Like the majority of youngsters, my parents tried to escape the destiny of children born to farmer families. Our migration to the city was paid with blood, sweat and tears. My mother would cry when she recalled how she left me alone at 6 a.m. in front of the kindergarten’s gate to rush to work. The memories of poverty are terrifying, so much so that my parents would never want me and my sister to be farmers again.

I was born with a love for nature, though. I excelled at natural science subjects and was the most curious kid in class. My friend was always awed by how many types of plants and animals I could name, many of which they didn’t know of their existence. It seemed like I was fated to be an agronomist. But I didn’t. As a high school student, my determination was not strong enough to overcome all the discouraging remarks from adults, and I went on to study economics

Well, I was not alone. Less and less young people, women in particular, choose to work in agriculture, probably because they anticipate a heavy workload combined with low income. Except for those who don’t have any other choice and a few ‘weirdos’, no one wants to become farmers. As for female farmers, they only work to earn a living, and wouldn’t think twice if an opportunity to escape farm work were to pop up.

During the discussion with Mrs. Hartl (IFAD) and Mrs. Reche (Syngenta) in the #ICYA2017 session, I realised that the same thing was true for many countries, no matter which stage of development they were currently residing in. Women in agriculture usually work longer hours but their productivity and thus income fall behind compared to their counterparts.

Tradition and society expect them to be dutiful wives and daughters who take care of housework including cooking, cleaning and looking after small children with due diligence. After thousands of years of obedience, many women also believe that this is their duty. As a result, their total workload is underestimated.

The question is, how to attract more women to work in agricultural sector while improving the working conditions of those who are already there?

The answer is not easy. It demands an orchestrated effort of all stakeholders in both education and rural development. On the one hand, women should be encouraged to pursue a career in agriculture if they develop an interest in it. On the other hand, investment on infrastructure and provision of safety nets are crucial to keep them motivated.

Compared to a century ago, the face of agriculture has changed a lot, albeit unevenly. More than half of farmers worldwide are women. If proper actions are taken to empower them, they will make a huge impact. In that case, we can keep food insecurity, one root cause of which stems from the gender gap in agriculture, at bay.

As part of our Partner Spotlight this week on The International Association of Students in Agricultural and Related Sciences (IAAS), this blog post is being cross-posted from the IAAS blog. The post is part of the live coverage during the #ICYA2017 – The International Conference for Youth in Agriculture, held from 27-30 April . The #ICYA2017 social reporting project was supported by GFAR.

GFAR Secretariat is turning the spotlight on the work and collective actions of Partners in GFAR who share in our mission to strengthen and transform agri-food research and innovation systems globally. Not a GFAR partner yet? Join now!