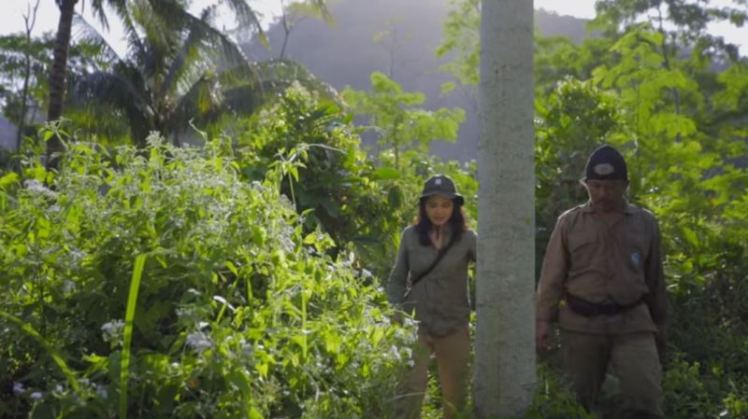 Forests and natural parks, and the native biodiversity they support, have been significantly affected by invasive species in SE Asia. Invasive species do not only negatively affect the environment, they also affect human health and the livelihoods of people who directly depend on forest resources for food, income and energy.

For example, the Baluran National Park on the island of Java in Indonesia hosts a number of rare and endangered species including banteng (Bos javanicus) – a type of wild cattle. Numbers have drastically declined as a result of the rapid spread of an invasive plant, Acacia nilotica, which has taken over the landscape.

In response to this and other such crises in the SE Asia region, a four-year Global Environment Fund (GEF) project was commissioned aimed to preserve globally important forests, species and genetic diversity in Cambodia, Indonesia, the Philippines and Vietnam by addressing barriers to managing invasive species. The project, entitled Removing Barriers to Invasive Species Management in Production and Protection Forests in SE Asia (also known as FORIS), identified threats and limitations to the management of Invasives Alien Species (IAS) in the SE Asia region. These threats and limiting factors included: ecological vulnerability of ecosystems, lack of national policies on IAS management, absence of information on best practices for governance and management of IAS, and lack of regional cooperation on IAS management.

The project was jointly implemented by CABI and the United Nations Environmental Project (UNEP), which is the GEF implementing agency, in collaboration with national implementing agencies in the countries concerned. It aimed to establish national policy and institutional frameworks, build regional co-operation in SE Asia, as well as national capacity. It sought to strengthen institutional support, undertake national pilot work to prevent, control and manage priority forest IAS, carry out national information and awareness programmes, and monitor and evaluate the impact of invasive pests.

On the island of Java, acacia has taken over the landscape. It has displaced valuable forage plants, threatening the survival of endangered species like the banteng, as well as the livelihoods of the island’s coffee farmers.

Through the FORIS project, a documentary on the problem of acacia in Baluran National Park entitled ‘Alien hunters in Indonesia’ was produced to share lessons learned in the effort to restore the savannah underbrush and the livestock industry that depends on it. It was produced in collaboration with United Nations University (UNU) Japan, UNEP, FORDA, Indonesia and CABI. With support from the Asian Broadcasting Union, this documentary has been aired on over 25 TV channels in about 15 countries in the SE Asia region and has been viewed by over 250 million people.

Before implementing the FORIS project, there was limited in-country capacity for IAS management. Quarantine measures also made little reference to IAS due to lack of national policies on forest IAS management. As a result, response to new pest outbreaks was often slow and ineffective.

Information on IAS distribution and impact was also inadequate, resulting in a knowledge gap in IAS identification, management and control.

“The invasive alien plants not only affect the banteng and its ecosystem. They also have a negative impact on our economy.” – Gracia Paramitha, Youth Ambassador, UNEP

As a result of the FORIS project, a National Invasives Species Strategic Action Plan (NISSAP) was developed and adopted in Cambodia, Indonesia, and the Philippines. The project also supported regional training courses on forest restoration and rehabilitation and biological control workshops. In Indonesia, a workshop on herbicide application and monitoring and evaluation of invasive alien weeds was organised to train 15 project participants from the four project countries. In total, about 2,000 stakeholders were trained in IAS management across the four project countries, including members of local communities, relevant NGOs, university staff and research students, staff from ministries and stakeholders from forestry sectors in project countries.

Overall, the FORIS project has improved the communication on invasive species threats among relevant stakeholders in SE Asia. It has also influenced policy and increased awareness towards IAS management in target countries by building national and regional capacities on various aspects of invasive species.

People in agricultural areas all over Indonesia and throughout the world are fighting alien invasive plants, facing huge economic losses. The ‘alien hunters’ – the men and women who seek to control invasive species – are working to make a difference.

“I have met many committed people with great ideas doing their best to find solutions. But, this is a huge problem that requires everybody’s attention and a serious investment in resources if we want to sustain local economies and truly protect our natural heritage.” – Gracia Paramitha, Youth Ambassador, UNEP

In July this year, CABI launched a major new initiative to protect vulnerable rural communities in the fight against invasive species. Building on its 100-year track record in invasive species management, CABI will deliver a unique global programme to support 50 million vulnerable African and Asian farming families impacted by species that are out of control and threatening their livelihoods. To learn more, see GFAR’s ‘Spotlight on CABI’ about ‘Invasive species – telling the story of the hidden threat to livelihoods.’

For more information about the FORIS project, see the CABI project page or visit the FORIS website.

This blog post is  part of GFAR’s Partner Spotlight on CABI (12-16 December). For more information on the Partners in GFAR, and to become a Partner, visit the GFAR website!