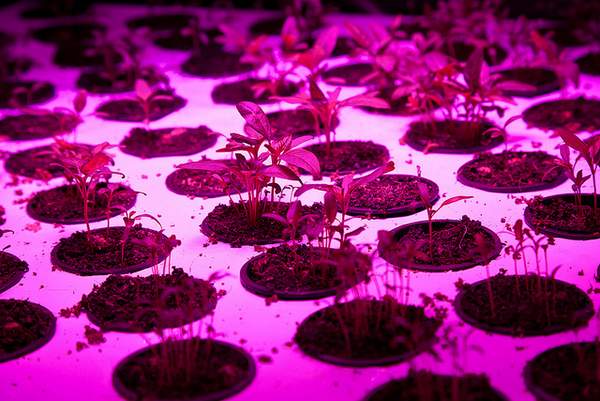 At the side event “Urban Food Security in an Urbanizing World: Lessons from Singapore” during this week’s Committee on World Food Security (CFS) a young man caught my attention.  Actually,  EVERYONE was interested in Martin Lavoo, Co-founder and director ofSustenir Agriculture Ltd a young farmer-entrepreneur from Singapore.

Sustenir Agriculture, an indoor farming company based in Singapore, was founded by Martin and his friend Benjamin Swan in 2013. They describe themselves and their team as “a bunch of crazy, passionate farmers that want to share their love for veggies with the world”. They grow and sell vegetables.

What is particularly interesting about Sustenir Agriculture is that it grows their crops using special technology called Controlled Environment Agriculture (CEA).  This technology produces plants without ever exposing them to outdoor elements.  (In fact they started their business in their basement.) Vegetables are grown indoors in artificial plant habitats created by technology and people. It means no soil; LED-lights instead of sunlight, and no pollutants.

This post is part of the live coverage during the 43rd Session of the Committee on World Food Security (CFS), a project GFAR is running in collaboration with CFS. Anudari Enkhtur is one of five YPARD members who was fully sponsored by GFAR to participate in the GFAR social media bootcamp and to attend CFS as a social reporter from 17-21 October 2016.