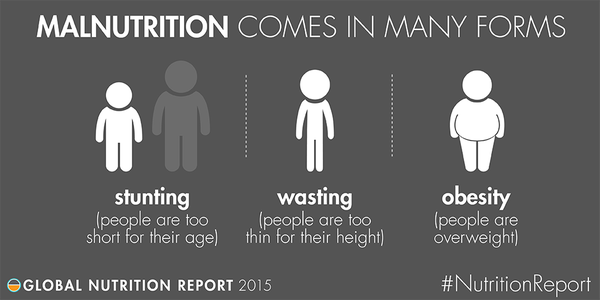 Leaving the opening plenary session of the Committee on World Food Security (CFS) which took place in Rome today, one of the aspects discussed there stuck with me like a gum on the sole of my shoe: the complexity of malnutrition.

Because, while there are more than 800 million hungry people around the world (one in every  nine people according to World Food Programme findings) , more than 600 million are obese (according to World Health Organization statistics. That kept on coming up in so many of the speeches:  the opening remarks made by the Director-General of UN Food and Agriculture Organization (FAO), President of International Fund for Agriculture Development (IFAD), and the representative of CFS’s High Level Panel of Experts, as well as the single member states representatives. Almost all of them addressed the issue in one way or another.

While those statistics speak for themselves, it was how the representatives from across the world highlighted the many different aspects of malnutrition that struck me.

Although I consider myself to be fairly well-educated on the matter, I realized just how shallowly I was looking at the issue. Many of us when confronted with the topic may simply think about those that are under-nourished, and that lack access to food. This certainly is a worrying reality, malnutrition estimated to contribute to more than one third of all child deaths.  But it is not the only face of malnutrition.

This post is part of the live coverage during the 43rd Session of the Committee on World Food Security (CFS), a project GFAR is running in collaboration with CFS. This post is written by one of our social reporters, and represents the author’s views only.