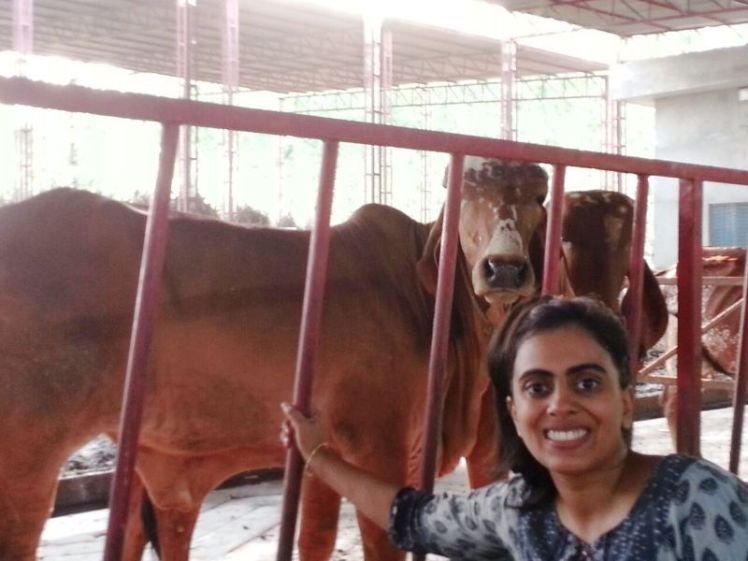 Nikki Chaudhary was one of the six finalists of the GFAR and YPARD’s Youth Argripreneur Project, who returned to India in April to carry out a project related to the pure Gir breed cattle of India. She purchased six of these climate-resilient cattle and is in the process of evaluating their suitability for dairy farming in India. As one of the YAPpers, she received an intensive training helping her strengthen the business plan proposal presented with measurable milestones. Nikki was also able to better engage in social media campaigning activities to ensure her project gained support. In addition, she has now has a mentor to help guide her during this upcoming period and make sure her project does succeed.

And now, it is 5 months later and she continues to relate her experience thus far…

“Whatever the mind can conceive and believe, it can achieve.” This quote has always inspired and helped me through the toughest of times. I remember just how curious I was one year ago to know about our superior milk -yielding Gir cattle . Gir is an Indian cow, which has unfortunately been neglected in India but has performed extremely well in tropical Brazil.

Luckily, I had the opportunity to further explore all the reasons for the neglect of the Gir cattle in India since seed funding was provided to me once my proposal on climate-resilient Indian cattle was selected and supported.

I visited the north-western Indian state of Gujarat twice to follow the breeding tract of the Gir cows and I also traveled to Hyderabad to attend the first ever bull show of Indian breeds. The event was organised by an organisation called Ankush, which is a pioneer non-profit organization in India and Canada, a member in FAO’s Global Agenda for Sustainable Livestock and it works to propagate and conserve recognized Indigenous cattle breeds. As mentioned in a previous blog, Ankush’s valiant efforts will surely benefit the future of the Indian dairy industry. 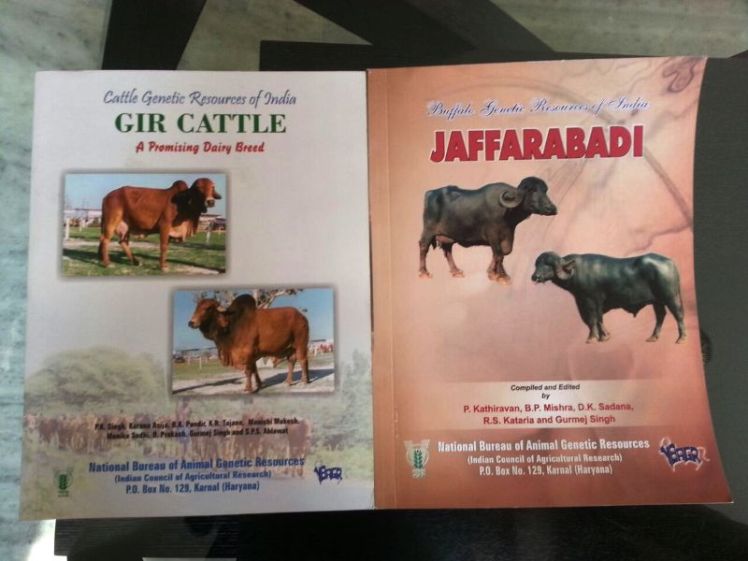 On my return I had to plan my second trip to Gujarat and I planned my visit to Bhavnagar to meet Mr Prdeep Sinh Raol who has recently been awarded by Ankush on his very good work on breed developmet of Gir Cattle and Jaffrabadi Buffaloes.  Upon my visit to his farm, I decided to also research the wonderful Jaffrabadi buffalo which is another neglected superior indigenous buffalo breed. In seeing my passion for dairy, Mr. Pradeep kindly gave me two great Jaffrabadi one-year old heifers from his own herd at a very reasonable price. This is a great achievement since he is considered to be the number one breeder of pure Jaffrabadi buffaloes in the world. He deserves to be congratulated for his dedication and sincere efforts in developing Indigenous breeds.

Although the funds I had received for this project were limited, my passion was infinite. I carefully developed a plan and invested some more of the seed funding awarded to me by the YAP Project. 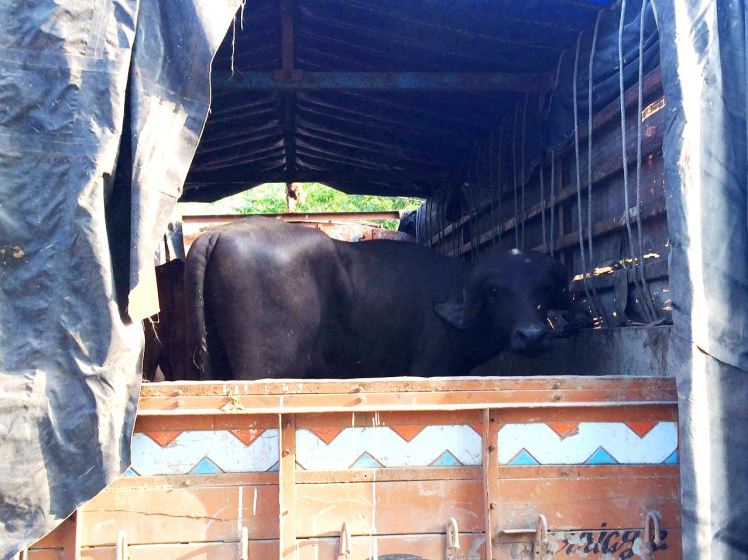 At the end of September, four Gir Catte and two Jaffrabadi buffaloes arrived our farm. The wait was very exciting although tough. It was tough as I kept envisioning that the journey from Gujarat to our farm in Uttar Pradesh would be so tiring for the cows. After three long days of travel, the cows arrived safe and sound at our farm. I had all the preparations done: the cow shed was ready with lush green fodder, tasty feed and clean water.  I wanted them to feel cosy and welcome in their new home. I was looking forward to starting my work on these neglected but promising breed of cattle.

This project is meant to assess the cattle’s potential but the limitation is that the data is for a small group and may not give right analysis. Anyway, I got back to recording the cattle’s daily dietary consumption of fodder and feed, the cow’s daily milk performance, and the growth charts of the heifers. I also monitored the other indicators that would be used to assess the cattle’s performance such as the first heat of heifer observed, age at conception, growth rate, milk yields, climate resilience, disease resilience and so on.

During the above process, I thought if I am working in such detail and committed to this work, could there be any possibility that I get a more elite form of Gir cattle so that its best potential is truly known. I quickly mailed Mr, Mohan Kadimpalli, who works for Ankush, so it could consider expanding its work on Indigenous breed development. I had met him at a show in Hyderabad and I informed him about my project on Gir cattle, my family’s dairy farm in Uttar Pradesh and my interest to contribute whichever way I could.

Several days later, Mr. Kadimpalli called me to ask if he could visit our dairy farm. He did manage to visit and stayed with us for a day.  The Ankush team, with the help of Brazilian Gir cattle experts, had purchased this herd of elite Gir that consisted of seven cows, one bull  and about five calves from the famous Gaushala , Ahmedabad, Gujarat. As part of their breed development work on Gir cattle, Ankush wanted to set up a Research and Development (R&D) station in northern India and they were looking for the right place. Mr Kadimpalli and the rest of the Ankush team were fully convinced that – under our close supervision and with the dairy insights that we have built over years – the Gir breed development project would do very well.

So, we were given an extra 8 elite Gir cattle along with five calves which at the moment are stationed in Delhi and will arrive in our farm by the end of October. This will bring the total number of Gir herd under my care to 17! This will give me a really good chance to study the data related to their potential, which I believe has not yet been explored well in India. I will be managing the herd and all other technical support and knowledge building will be facilitated by Ankush.

I am very pleased that we are taking on this breed development initiative of Gir cattle with Ankush in northern India. I am positive that together we will pool our efforts and work hard to solve some of the most pressing problems that Indian dairy is facing. I am equally excited to share with my dairy farming community and audience the progress in our work and the performance of these animals in my next blog.

22 thoughts on “My Gir Cows have Arrived!”