The enormous number of different crop varieties grown by farmers around the world underpins our ability to produce enough food. Each variety is adapted to its own particular niche, produces nutritious food cherished by local families and is able to resist the ravages of pests and diseases that can destroy other, more susceptible varieties. These varieties have been bred and selected by farmers, and more recently by professional plant breeders, since the birth of agriculture, and today they represent an immense reservoir of genetic diversity. Preserving this is vitally important for our collective future. Collecting missions have been underway for some time to obtain samples of these varieties and their wild relatives, and to store them under carefully controlled conditions in genebanks. The International Rice Research Institute in the Philippines, for example, maintains a collection of more than 125,000 different rice varieties. This vast diversity is arguably the world’s most important natural resource, and our continued ability to tap it is vital for us to be able to feed the world’s burgeoning population, set to reach 9 billion by 2050.

In 2004 a new agreement, the International Treaty on Plant Genetic Resources for Food and Agriculture, came into force to promote conservation and lay out the terms and conditions by which these resources are to be used and shared around the world. A key element in the Treaty acknowledges the critical role that farmers, particularly those in the centers of origin and crop diversity, have played over hundreds and even thousands of years to breed, select and nurture their varieties. A little over 500 million family farms produce most of the world’s food. However, many are poor and such farmers include many of the world’s hungry and malnourished.

The Treaty, therefore, endorses the concept of Farmers’ Rights as a moral imperative that seeks to balance the rights of scientists and plant breeders, as enforced through intellectual property rights legislation, with a right that rewards farmers for their past efforts. It aims to provide at least some measure of compensation to farmers for making their genetic resources available to the wider community, while at the same time encouraging them to sustain their conservation efforts and continue to develop new varieties.

While the Treaty considers the implementation of Farmers’ Rights to be a national responsibility, it encourages governments to take appropriate measures to protect and promote them. These include, for example, protecting farmers’ traditional knowledge, granting farmers the right to participate in decision-making at the national level on relevant issues, and ensuring the right of farmers to a share of any benefits arising from the use of their varieties.

The Treaty, thus, aims to level the playing field for these resource poor farmers, many of whom have benefitted less than larger, richer farmers from the agricultural revolution of recent decades that has been largely built upon the backs of their past work. Each Member Country of the International Treaty is obliged take measures to protect and promote Farmers’ Rights, subject to its national legislation.

At its biennial meeting late last year, the Governing Body of the International Treaty reviewed how Farmers’ Rights are being implemented across member countries. While there has been a demonstrable increase in participation of farmers’ organizations in decision-making at the national level, we have a long way to go to have universal realization of Farmers’ Rights. It is important, both from an ethical as well as a practical standpoint, that these rights are respected. More is needed, particularly in terms of national commitments, and in building national implementation capacity. The recent joint initiative by the Treaty and the Global Forum on Agricultural Research (GFAR) to help build this capacity is a welcome development. With political will and adequate resources, programs such as this should help make Farmers’ Rights a reality in more and more countries.

As the world’s population continues to burgeon, we will have to produce the extra food needed and will have to do so in the face of mounting threats posed by changing climates, more austere weather conditions, less land, water and fertilizer, and intensified pest and disease attacks. The sharing of the world’s precious plant genetic resources for food and agriculture will become increasingly important as we strive to feed our growing world population. As countries take measures to more effectively implement Farmer’ Rights, so the whole world will benefit – from the conservation and greater sharing of plant genetic resources. 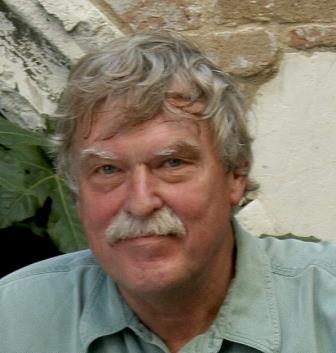 Prior to his current engagements, Dr Hawtin headed two Centres of the CGIAR: Director-General, International Plant Genetic Resources Institute (IPGRI), now known as Bioversity International (1991-2003), based in Rome, Italy, and CEO of CIAT in Colombia (2008 and 2009). He has spent 11 years working in the West Asia–North Africa region, living in Lebanon, Egypt and Syria, where he was a program leader and subsequently Deputy Director-General of the International Centre for Agricultural Research in the Dry Areas (ICARDA). He has also headed the Agriculture, Food and Nutrition Sciences Division of the International Development Research Centre (IDRC), living in Vancouver and Ottawa, Canada, has chaired the Board of Trustees of CATIE, Costa Rica, and served as a member of the Board of Trustees of the Royal Botanical Gardens, Kew, UK.

Dr Hawtin earned his PhD and MA from Cambridge University, UK, carrying out his doctoral thesis research at Makerere University, Uganda. He has been awarded the Frank Meyer Medal by the Crop Science Society of America, and been elected “correspondant étranger” of the Académie d’Agriculture of France.

One thought on “The Importance of Farmers’ Rights”