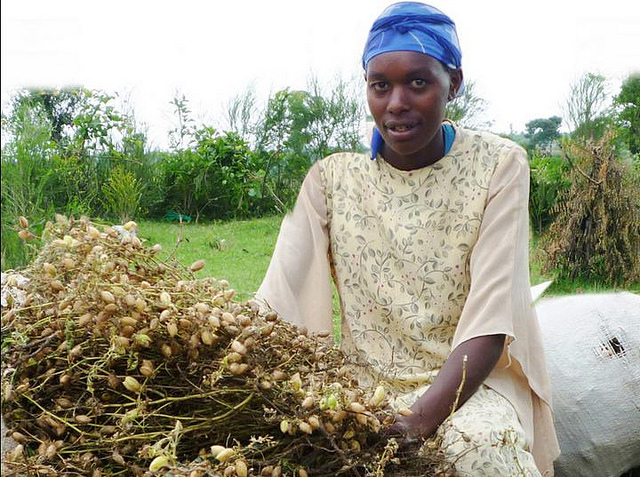 As part of the 2nd generation development process (2017-2022) of its global research programs (CRPII), on behalf of the CGIAR, ICRISAT Sahel Centre in Niamey, organized and led consultations on the integration of the CGIAR system sites in Niger, on 15 March 2016, in their training centre. I was honoured to take part in it as a member of YPARD and head of theAssociation “Potential Earth”.

CGIAR; what is it?

The CGIAR is an international consortium on agricultural research composed of 15 centres. In the context of the semi-arid tropics, Niger is one of 20 priority countries where CGIAR innovations shall impact millions of people in the coming decade.

Before the address by the Director of ICRISAT SC Niger, all participants briefly presented their institutions and actions in Niger:

After the presentations, Dr. Malick Bâ, resident representative of ICRISAT and coordinator of the integration sites, welcomed the audience and presented the program of the day before contextualizing the consultation workshop on the CGIAR system integration sites. The objective of the consultations was to improve the integration and coordination of sites in the host countries in order to align research activities with national priorities. The CGIAR institutions operating in Niger include: ICRISAT, ICRAF, ILRI, WLE, AfricaRice, Bioversity, CCAF, IITA, ICARDA.

Dr Malick Bâ emphasized that the integration site must consist of a Planning: Alignment of research, coordination of deliverables (outputs) Operational integration and equipment. He also stressed that the most important thing in achieving the goal of improved effectiveness, efficiency and impact, is to capitalize on two elements that are needed to make functional and efficient integration sites. These elements include: understanding national priorities and what is planned, and mechanisms and partnerships with national structures and all the different actors.

To make possible the achievement of the objective of the consultation, five working groups were set up. Each group worked and conducted a plenary presentation on the following points: i) Prior to the integration, ii) current and future opportunities iii) Monitoring progress and impact assessment mechanism, iv) Strategy Communication, v) Governance and Coordination, vi) post-integration.

National priorities (I3N) + presentation of the SP / CNRA and PPAAO

In Niger the Nigeriens Nourish Nigeriens Initiative (I3N) is the strategic framework for all interventions. Dr Malick Bâ recalled the purpose of the I3N, which is to strengthen and stabilize the resilience of all Nigeriens and their production systems to ecological, economic, (safe) and social hazards by creating EMERGENCY-a-RAISING DEVELOPMENT continuum). As a reminder, the axes of the I3N were presented:

Axis 1: Increasing and diversified agro-forestry-pastoral and fish production
Axis 2: Regular supply of rural and urban markets in agricultural and food products
Axis 3: Improving the resilience of populations to disasters and food crises
Axis 4: Improving the nutritional status of Nigeriens.

The results of the WAAPP: the example of a development program

The Agricultural Productivity Programme in West Africa (WAAPP-PPAAO Niger) and the SP / CNRA were presented by Dr. Baina: the different components, governance and results achieved by the program. In this presentation it was noted that WAAPP is a national project and impacted nearly 350,000 people, awarded nearly 80 scholarship Master and PhD, led to the dissemination of proven technologies in the areas of rural development on more than 550,000 ha , the development and dissemination of new technologies, the funding for 22 projects on competitive funds commissioned and the implementation of 18 innovation platforms to improve the performance of various value chains. Operationally, WAAPP is implemented mainly by the implementing agencies that include the SP / CNRA, the NSC, and various technical services. Concerning the SP / CNRA, it implements the competitive funds that finance activities identified as relevant by recipients to be executed by research and development teams.

Thus the SP / CNRA and PPAAO-Niger are structures that may well bring a part of this workshop on the integration of intervention sites in the framework of rural development.

Group work and plenary presentations helped to share what YPARD has done in Niger and around the world on one hand, and on another hand: to make a presentation on young farmers’ difficulties and their aspirations so that agriculture can be perceived as a real profession for the youth in Niger.

It was also an opportunity to share with the audience the YPARD-Niger’s main challenge where research has a vital role. That’s to say: the urgent need to stimulate a new generation of farmers. It was admitted by the audience that youth are the future of agriculture due to the advanced age of those who currently engage in it. We suggested:

Among the achievements in Niger, we shared the case of cultivation projects in the off-season; some specializations on okra, onion, corn etc. As agricultural research is fully integrated into the lives, it proves important to combine economic efficiency to productive profitability and hence facilitate youth’s interest in agriculture. YPARD-Niger has identified the possibility of bringing forward the project with support from ICRISAT and donors, of an agricultural entrepreneurship incubator that is in pilot phase with CCAFS in Mali.

We believe that the integration was launched successfully in Niger since this day has allowed several players to already locate what they need in what some are doing while some others learned about ongoing actions that align their actions. For young professionals in agricultural development (YPARD-Niger), this workshop enabled us to learn, both in its form and in its content, the program directions and implementations. We congratulate ICRISAT for executing many tasks in a record time and for giving us the opportunity to share what we do and the support that we need. A big thank you to the CGIAR for organizing the workshop and for inviting us, and to Dr Malick Bâ for the coordination but also for asserting that ICRISAT’s door is always open for YPARD Niger.

Learn more about the youth’s involvement in GCARD3 process and global event.

This blog post  by Zakari Hassane, was originally published on the YPARD Blog on 29 March 2016.