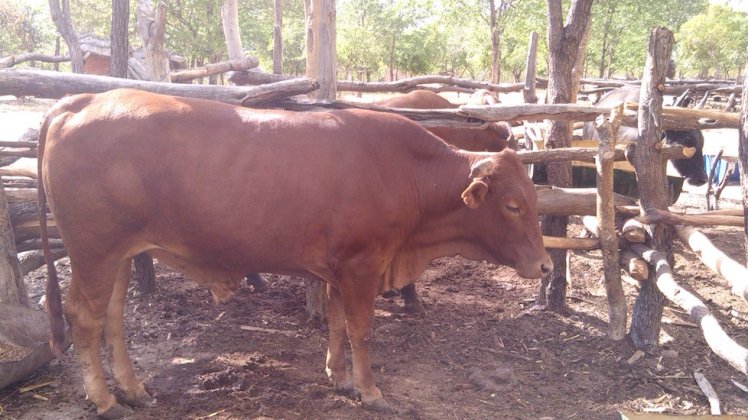 My name is Sharon Makunura from Zimbabwe. I turned 33 this February. My project is aimed at mitigating the effects to the 2016–17 drought season on cattle and rural communities.

My father was attached to his cattle. So much that he would never consider selling one even in dire financial crisis. He told me it was a matter of ego. My father has long since passed. However, his views nurtured an interest of cattle-ranching in me.

Over the years I have maintained a modest herd of free-grazing cattle. In 2014–15 I experimented with pen-fed cattle ranching. Each has its advantages and challenges.

The 2016-17 rainy season in Zimbabwe has been forecast as a drought season. This has already begun to have severe negative effects on the national herd. In most areas such as in the low veld, it was reported that 16,000 cattle have already died since December 2015.

Other cattle owners have had to sell off their animals for the price of a meal. Some are trying valiantly to hold on to their family’s wealth. Despite the bleak state of affairs, the outlook is even worse when you consider that communities will wake up one day to a land refreshed by better rains, but they will be bereft of cattle or the ability to restock their herds.

My project seeks to purchase these cattle at more reasonable prices, feed and breed them, then re-sell them or their offspring back to the community from which they were purchased, thus preserving the herds in the communities.

In this way, communities are better able to survive through the drought without fear of squandering away their wealth for a season. At the same time, they are able to more quickly restore their fortunes once the bad spell is over.

It is my intention to set up a cattle ranch within communities, provide supplementary feeding and water for the cattle, graze and nurture them for the foreseeable future until they can be resold, insuring that the largest quota of beasts is preserved solely for purchase by the community that sold them off in the first place.

In fact, the success of the project will be measured not only by the breeding rate of the cattle, but also by the wealth status of the communities once the farming seasons improve.

Thus far, I have identified two areas to pilot the project, and with the help of family and friends have began cattle purchases.

Drinking water is currently the main challenge to the survival of the cattle, and the USD 5,000 would immediately be used to drill a borehole specifically for watering the cattle.

I believe that with that additional amount, other investments, my experience as a business administration graduate, and the decade of service in various capacities in the NGO sector, I have what it takes to make a positive impact on my community.

The content, structure and grammar are at the discretion of the author only.

This post is published as proposal #261 of “YAP” – our “Youth Agripreneur Project”.

Have a look at the other “YAP” proposals too!

As a donor, support young agripreneurs and sponsor this unique project.

Check out the side column for our current sponsors. “YAP” is part of the #GCARD3 process, the third Global Conference on Agricultural Research for Development.