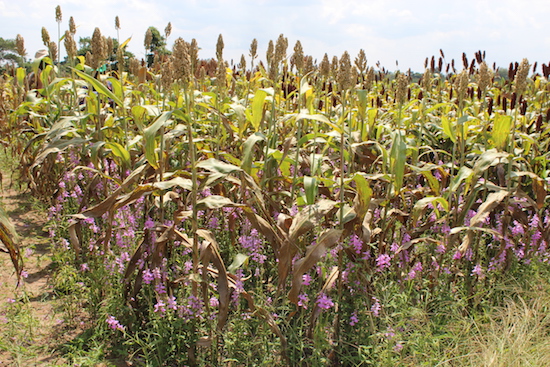 One of the major constraints to food security, nutrition and better incomes by Uganda’s smallholder farmers, is access to good quality seed. Uganda’s seed system is still weak, subjecting farmers to fake seeds.

In a paper published recently by the World Bank , only 13% of farmers buy improved seed from formal markets in Uganda. The rest rely on seeds saved from the previous season or traded informally between neighbors, but such seeds generally produce far lower yields than genuine high yield hybrids .

I refer you to the two news articles published recently about Uganda’s seed challenges.

This problem can be addressed by empowering local seed businessmen or empowering the locals to produce their own seed through training.

After the farmers mastering the techniques in seed production they may be empowered in seed production of other crops. The local seed businessmen are more trusted here than seed companies since they are part of the community and can hardly go wrong after effective trainings.

My project will focus on two major crops in this Semi-arid part the country and these are sorghum and Green gram. The latest sorghum varieties released from our research Institute NaSARRI are early maturing, resistant to striga and drought and are high yielding.

The choice for these crops is informed by their importance within the community, the country and among the neighboring countries like Kenya, Rwanda and Burundi as some of the major food crops. Actually sorghum Sorghum is the third most important staple cereal crop after maize and millet and its production in Uganda is estimated to be at 376,000MT annually. The crop is highly gaining importance in the manufacturing industry for production of beverages, medicine, feeds, and paper, ethanol, and food dyes.

I will set up demonstration fields on station and on- farm and the two will act as training fields for farmers in different agronomic practices as well as help to generate seed for group members.

The project will be implemented across two rainfall season which are the crop growing seasons in Uganda. The first season starts from March to June and the second starts from August to December.

Farmers’ preferred varieties will be selected for multiplication in the two fields mentioned above to generated the required seed for bulking in the following second season.

My motivation roots from the high poverty levels among the people in this area, particularly Serere District in Eastern Uganda and the outcry due to influx of fake seed and the difficulty in access to quality seed.

I will work together with sorghum and Green gram scientist, technicians and the selected farmers.

Four acres of demonstration fields will be setup two acres on station and two on-farm on a piece of land that will be provided by the farmer(s) (this is possible since we have a good relationship with the farmers.)

The institute has already released these varieties therefore there is easy access to foundation seed. There is also availability of vast land at the Institute (over 1700 acre) and the Institute is willing to give us some).

There is availability of technical man power and access to subsidized farm machinery.

By the end of the project I will ensure that farmers are knowledgeable in better agronomic practices in Sorghum and green gram seed production. They will also have accumulated enough seed for further multiplication and bulking.

They will have enough produce for food and surplus for sell and major of all, they will be able to pass on this knowledge to other village members as a multiplier effect.

The US$5000 will be used in purchase of foundation seed, opening of land, planting, weeding, facilitate trainers (scientists and technicians), harvesting and post harvest handling of our produce.

Facilitation to scientists and technicians=1500

This post is published as proposal #83 of “YAP” – our “Youth Agripreneur Project”.