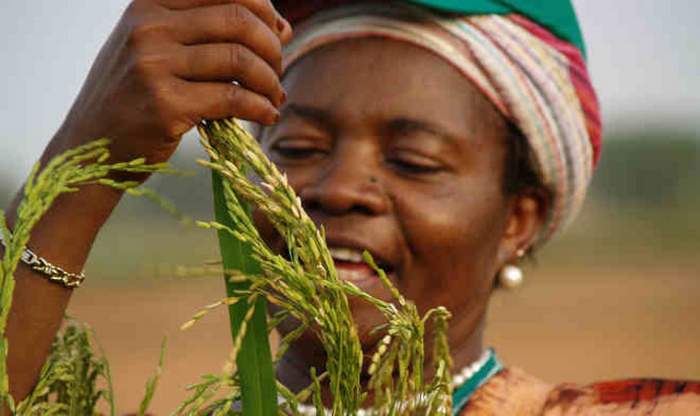 The much-anticipated GFAR Constituent Assembly has officially started today. Over 100 representatives from GFAR’s stakeholders globally are convening to deliberate on the GFAR’s future role, governance and resourcing as part of its strategy in enhancing its fight in poverty alleviation, increasing food security, and promotion of sustainable use of natural resources.

GFAR believes in effective multi-stakeholder partnerships to deliver on its mandate. Since its formation in 1996, it has been supporting collective formulation of international agendas and addressing linkages between international research and national impact through its partners. Looking into the future, GFAR is going to use this assembly to further build, strengthen and enrich its partnership base so as to create a forum that is truly owned by all and is able to foster change across all sectors. As such, the next three days will be used to hold discussions for shaping the future of its agenda.

Some of the issues on the table include re-defining the purpose of GFAR, enhancing inclusivity, addressing new and emerging agendas in agriculture, the development focus, how to meet Sustainable Development Goals (SDGs) and how to benefit resource poor small holder farmers through partnerships among other issues. Background information leading to this can be found here.

In the spirit of inclusivity and having people contribute to GFAR’s future, we publish participant’s expectations and contributions in this blog. Below is an excerpt from a talk we had with GFAR’s Vice chair Prof. Ruth Oniang’o on the event.

Q: Why GFAR?
Ruth Oniang’o: GFAR serves to give voice to the voiceless (farmers) by linking them to those who have resources to support their issues and also with researchers so that their work go to programmes in order to implement evidence based programs backed by research findings.

Q: You have been a member of GFAR, how have you benefited from your membership?
Ruth Oniang’o: Being a member of GFAR has been of help to me especially through networking. I have established many contacts thanks to my membership to GFAR. Akin to this, I am the Vice-chair of GFAR.

Q: What would you want to see at the end of the conference?
Ruth Oniang’o: At the end of this conference, we will have defined what we need to do in the coming era, where things are changing. To get different results, we must clearly define our roles and that is my greatest expectation. I also expect that GFAR will take into account the changing external environment and create the bridge between the consumers of science and the scientists, which is part of its roles.

On the other hand, at the end of the conference, members would want to be answered the following questions; is GFAR only about research? How does GFAR influence the World Economic Forum and the research agenda? Who are the “customers” of GFAR? What is the comparative advantage of GFAR over other organizations? How can constituents convince donors to fund GFAR?

These are the questions that members want to be answered at the end of the Constituent Assembly.

This is a live blog, reporting from the GFAR Constituent Assembly