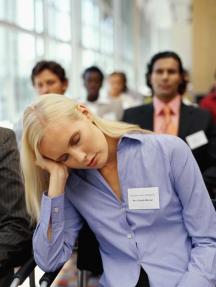 For this 2nd GCARD the organization emphasized that THIS is the time to work together on foresight; that NOW is our chance as ARD professionals to roll up our sleeves the right way so that together we and all stakeholders will be able to deal with ongoing phenomena [climate change, increasing demands for land, food and water etc.]. As I am a young professional, new and freshly energized to start my career, my expectations were high! The best international researchers in ARD are together in Punta del Este!

Some of the break-out sessions were very fruitful and energetic. A significant number of others however, were less inspiring for me, my fellow young reporters and other conference participants. There were sessions that indeed needed a lot of coffee input, either because the given presentations were unfocussed or unclear, or because the audience was not constructively participating.

To quote one of my colleagues: “the best speaker of this afternoon spoke exactly 90 seconds. He had the biggest applause, and woke everyone up!”

I called this blog “sustainable Ego-systems”, as many people presented their visions or ideas in a way that was secondary to the case study itself. Although the latter should be an illustration to clarify your key messages! The costly time we spend elaborating on arcane examples: I call this Ego-systems..

In our experiences, the best sessions were the ones where moderators actively encouraged the debate and where people were placed in working groups.

For most researchers, this headline is a nightmare: “Science is an art that doesn’t need selling!” “Good research will speak for itself!”… In practice, a lot of great study results remain unnoticed because of the way they are presented to us. The opposite should be the case: as many of the issues discussed at GCARD2 are essential for the livelihoods of rural communities, why not reach out to each other but especially to them in more accessible ways?

If during this conference even your colleagues are missing the message of your presentation how can we expect farmers, extension workers and press to understand what we are trying to say?

In my opinion, not only the young but also our seniors should reflect on the following:

“Don’t appear so scholarly, pray. Humanize your talk, and speak to be understood.”

Blogpost by Machteld Schoolenberg, one of the GCARD2 social reporters.